Unlike the Empire, Sideshow has a long history of working with carbonite which is why we are able to bring collectors the latest addition to our ever-expanding line of Star Wars Sixth Scale figures – Han Solo in Carbonite.

The Han Solo in Carbonite Sixth Scale Figure manages to capture (HA?get it?) the heart-stopping moment when we thought our favorite scruffy looking nerf herder might be doomed forever.

Multiple display options allow the carbonite slab to be positioned both horizontally, as it is moved through a Bespin hallway, and vertically, as it rests in the freezing chamber. The base includes swappable floor decos to simulate either scene, the somber exit from Bespin or the dramatic carbon chamber confrontation. Illumination in the base and along the carbon slab control panel completes the impressively detailed presentation. 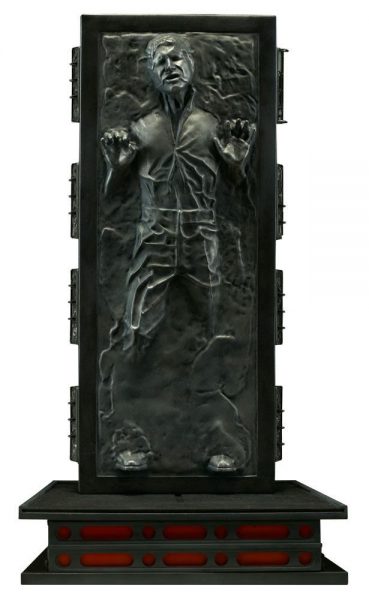