In the DC Comics blockbuster Suicide Squad, Academy Award-winning actor Jared Leto delivers an edgy new take on the Joker, unlike anything we’ve seen before. The flamboyant makeup and wardrobe certainly make his performance even more fun and memorable. Sideshow and Hot Toys are excited to announce a new sixth scale collectible figure of the Clown Prince of Crime in formal wear – a black tuxedo that highlights his manic charisma!

The movie-accurate collectible figure is specially crafted based on Leto’s image as the Joker in a black tux, which traces its origin to the classic comics. It features a newly painted head sculpt, newly developed body, finely tailored costume, detailed weapons and accessories, and a specially designed Suicide Squad-themed figure stand with character backdrop. 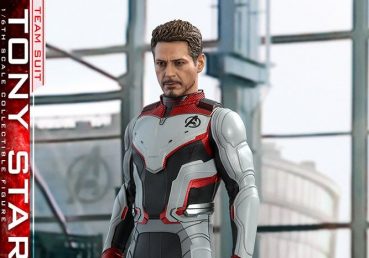